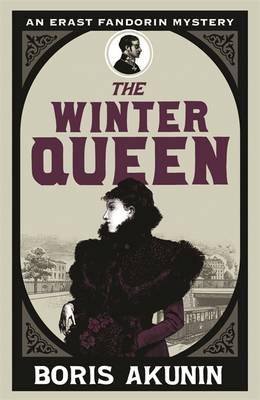 THE FIRST BOOK IN THE MULTI-MILLION COPY, INTERNATIONALLY BESTSELLING ERAST FANDORIN MYSTERIES SERIES
'A sparkling romp of a story' TLS
'In Russia Boris Akunin is roughly the counterpart of John Grisham' TIME
'Think Tolstoy writing James Bond with the logical rigour of Sherlock Holmes' GUARDIAN
Moscow 1876.
A young law student commits suicide in broad daylight in Moscow's Alexander Gardens. But this is no ordinary death, for the young man was the son of an influential industrialist and has left a considerable fortune.
Erast Fandorin, a hotheaded new recruit to the Criminal Investigation Department, is assigned to the case.
Brilliant, young, and sophisticated, Fandorin embarks on an investigation that will take him from the palatial mansions of Moscow to the seedy backstreets of London in his hunt for the conspirators behind this mysterious death.
What readers are saying about the Erast Fandorin Mysteries:
'I loved it... I just couldn't put it down!' My book Obsession
'A delightful mystery/adventure! There's a dark twist at the end that has me anxious to continue in this series' Neil on Goodreads (five stars)
'Ultimately, the overall success of The Winter Queen is due to the vibrancy of its setting, the cleanness of its prose and the magnetism of its protagonist... Odds seem good that Akunin will be the next detective to capture readers' fancy en masse' Sarah Weinman, January Magazine
'These books are a fun, riotous read that you don't want to put down until you've completed each and every one of them' Jill on Goodreads (five stars)
'The conclusion is shocking and this reader can't wait to delve into the next in the series' A Writer's Jumble
'Nail-biter all the way through!' Corin on Goodreads (five stars)
A page-turning delight perfect for fans of Sherlock Holmes, Hercule Poirot and the Russian literary greats.