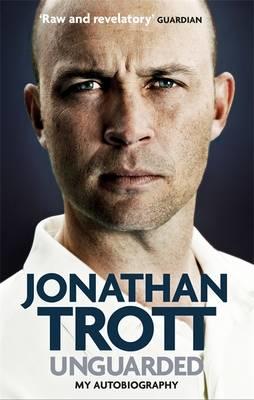 Shortlisted for the 2017 Cross Sports Autobiography of the Year
'Full of illuminating anecdotes, piercing insights and unsparing self-analysis from the former England batsman' The Cricketer
Jonathan Trott was England's rock... Read more

Shortlisted for the 2017 Cross Sports Autobiography of the Year
'Full of illuminating anecdotes, piercing insights and unsparing self-analysis from the former England batsman' The Cricketer
Jonathan Trott was England's rock during one of the most successful periods in the team's history - he scored a century on debut to clinch the Ashes in 2009, and cemented his position as their pivotal batsman up to and beyond the team's ascendancy to the number 1 ranked test team in 2011.
Yet shortly after reaching those heights, he started to crumble, and famously left the 2012-13 Ashes tour of Australia suffering from a stress related illness. His story is the story of Team England - it encompasses the life-cycle of a team that started out united by ambition, went on to achieve some of the greatest days in the team's history but then, bodies and minds broken, fell apart amid acrimony.
Having seen all of this from the inside, Jonathan's autobiography takes readers to the heart of the England dressing room, and to the heart of what it is to be a professional sportsman. Not only does it provide a unique perspective on a remarkably successful period in English cricket and its subsequent reversal, it also offers a fascinating insight into the rewards and risks faced as a sportsman carrying the hope and expectation of a team and a nation. And it's a salutary tale of the dangers pressure can bring in any walk of life, and the perils of piling unrealistic expecations on yourself.