The Martian Girl: A London Mystery 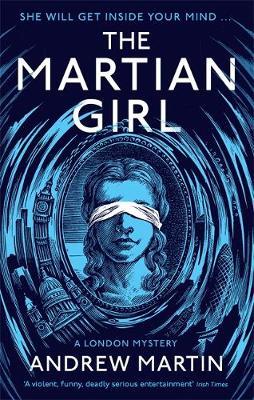 The Martian Girl: A London Mystery

'Ingeniously constructed . . . Andrew Martin's wry, amused tone is a constant joy . . . An altogether superior performance, The Martian Girl is a violent, funny, deadly serious entertainment' Irish Times
London, present day.
Jean, a failing journalist in her late thirties, finds herself entertaining a married man - a handsome, arrogant ex-barrister, universally known by his surname: Coates. Unsure of the relationship and wanting to develop her career, she begins to write a one-woman show about a mind-reader she comes across in her research - a woman who performed in the 19th Century under the name The Martian Girl, before disappearing without a trace.
*
London, 1898.
Kate French, a striking young woman with a love for the stage, is honing her craft in the music halls of East London at the turn of the century. As the Martian Girl, she performs each night with her mind-reading partner, the cynical and money-grubbing Joseph Draper.
As Jean makes progress on her show, Kate - long since dead - begins to consume her thoughts. Jean starts to suspect that Draper fully believed in Kate's ability to read minds and that he found the idea deeply disturbing. What really happened between the two of them all those years ago? And why does Jean feel such an intense bond with The Martian Girl? As the line between Jean and Kate begins to blur, the fates of the two women are destined to transcend time, and finally to intersect.
Brilliantly conceived, The Martian Girl is a dazzling thriller that will get inside your mind.