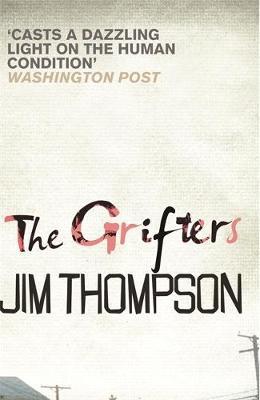 Reissue of a true classic - 'One of the toughest crime novels ever' (Newsweek).
'Jim Thompson is the best suspense writer going, bar none' NEW YORK TIMES
Roy Dillon is young, good-looking and devastatingly charming. He's also a completely amoral con man. Lily, his mother, works for the mob. Moira Langtry, Roy's mistress, is always looking for the main chance, and so is Carol Roberg, the nurse brought in to look after Roy when a bad choice of mark means he has an unfortunate encounter with a baseball bat and a bad case of internal bleeding.
The Grifters, one of the best novels ever written about the art of the con, is an ingeniously crafted story of deception and betrayal that was the basis for Stephen Frears' and Martin Scorsese's critically-acclaimed film of the same name.