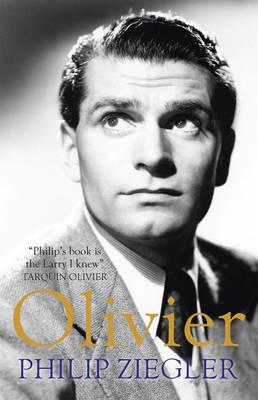 Hollywood superstar; Oscar-winning director; greatest stage actor of the twentieth century. His era abounded in greats - Gielgud, Richardson, Guinness, Burton, O'Toole - but none could challenge Laurence Olivier's range and power. By the 1940s he had achieved international stardom. His affair with Vivien Leigh led to a marriage as glamorous and as tragic as any in Hollywood history. He was as accomplished a director as he was a leading man: his three Shakespearian adaptations are among the most memorable ever filmed. Off-stage, Olivier was the most extravagant of characters: generous, yet almost insanely jealous of those few contemporaries whom he deemed to be his rivals; charming but with a ferocious temper. With access to more than fifty hours of candid, unpublished interviews, Philip Ziegler ensures that Olivier's true character - at its most undisguised - shines through as never before.