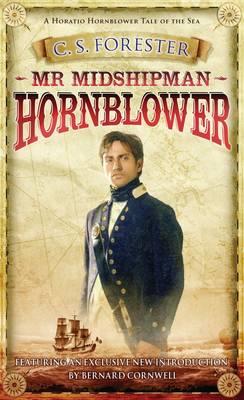 The first Horatio Hornblower Tale of the Sea
1793, the eve of the Napoleonic Wars, and Midshipman Horatio Hornblower receives his first command . . .
As a seventeen-year-old with a touch of sea sickness, young Horatio Hornblower hardly cuts a dash in His Majesty's navy. Yet from the moment he is ordered to board a French merchant ship in the Bay of Biscay and take command of crew and cargo, he proves his seafaring mettle on the waves. After a character-forming duel, several deadly chases and some dramatic captures and escapes, the young Hornblower is soon forged into a formidable man of the sea.
This is the first of eleven books chronicling the nautical adventures of C. S. Forester's inimitable hero, Horatio Hornblower.
Featuring an exclusive introduction by Bernard Cornwell, creator of Sharpe
'Absolutely compelling. One of the great masters of narrative' San Francisco Chronicle