Man Who Went Up in Smoke 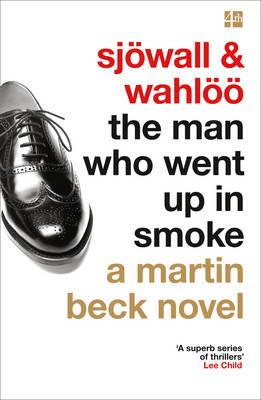 Man Who Went Up in Smoke

The second book in the classic Martin Beck detective series from the 1960s - the novels that shaped the future of Scandinavian crime writing.
Hugely acclaimed, the Martin Beck series were the original Scandinavian crime novels and have inspired the writings of Stieg Larsson, Henning Mankell and Jo Nesbo.
Written in the 1960s, 10 books completed in 10 years, they are the work of Maj Sjoewall and Per Wahloeoe - a husband and wife team from Sweden. They follow the fortunes of the detective Martin Beck, whose enigmatic, taciturn character has inspired countless other policemen in crime fiction; without his creation Ian Rankin's John Rebus or Henning Mankell's Kurt Wallander may never have been conceived. The novels can be read separately, but are best read in chronological order, so the reader can follow the characters' development and get drawn into the series as a whole.
'The Man Who Went Up in Smoke' starts as Martin Beck has just begun his holiday: an August spent with his family on a small island off the coast of Sweden. But when a neighbour gets a phone call, Beck finds himself packed off to Budapest, where a boorish journalist has vanished without a trace. Instead of passing leisurely sun-filled days with his children, Beck must troll about in the Eastern Europe underworld for a man nobody knows, with the aid of the coolly efficient local police, who do business while soaking at the public baths - and at the risk of vanishing along with his quarry.