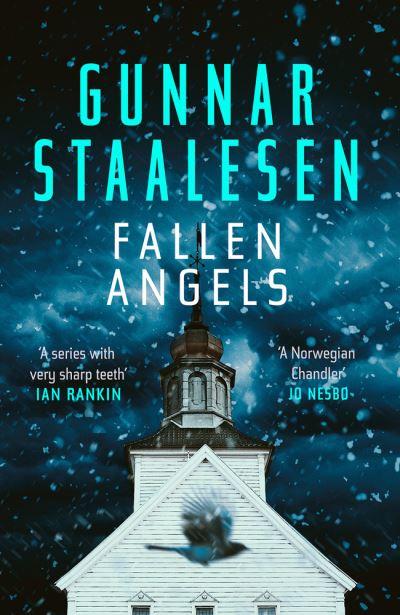 Ever-dogged Bergen PI Varg Veum is forced to dig deep into his own past as he investigates the murder of a former classmate. Vintage, classic Nordic Noir from international bestselling author Gunnar Staalesen.
'A vibrant look at the life,... Read more

Ever-dogged Bergen PI Varg Veum is forced to dig deep into his own past as he investigates the murder of a former classmate. Vintage, classic Nordic Noir from international bestselling author Gunnar Staalesen.
'A vibrant look at the life, loves and betrayals of the past and the ways in which their tentacles cling, never letting you go' John Harvey
'One of my very favourite Scandinavian authors' Ian Rankin
'Masterful pacing' Publishers Weekly
***Now a major TV series starring Trond Espen Seim***
________________
Exploring his own dark memories may be the only way to find a killer...
When Bergen PI Varg Veum finds himself at the funeral of a former classmate on a sleet-grey December afternoon, he's unexpectedly reunited with his old friend Jakob - guitarist of the once-famous 1960s rock band The Harpers - and his estranged wife, Rebecca, Veum's first love.
Their rekindled friendship is thrown into jeopardy by the discovery of a horrific murder, and Veum is forced to dig deep into his own adolescence and his darkest memories, to find a motive ... and a killer.
Tense, vivid and deeply unsettling, Fallen Angels is the spellbinding, award-winning thriller that secured Gunnar Staalesen's reputation as one of the world's foremost crime writers.
________________
Praise for Gunnar Staalesen
'Every inch the equal of his Nordic confreres Henning Mankell and Jo Nesbo' Independent
'Well worth reading, with the rest of Staalesen's award-winning series' New York Journal of Books
'Staalesen continually reminds us why he is one of the finest of Nordic novelists' Financial Times
'The Norwegian Chandler' Jo Nesbo
'Not many books hook you in the first chapter - this one did, and never let go!' Mari Hannah
'Chilling and perilous results - all told in a pleasingly dry style' Sunday Times
'Staalesen does a masterful job of exposing the worst of Norwegian society in this highly disturbing entry' Publishers Weekly
'The Varg Veum series is more concerned with character and motivation than spectacle, and it's in the quieter scenes that the real drama lies' Herald Scotland
'Gunnar Staalesen is a master of the PI genre, and with Fallen Angels he is at the top of his game' Live Many Lives
'It is a story full of mystery, of uncertainty and threat ... a truly thought-provoking read' Jen Med's Book Reviews