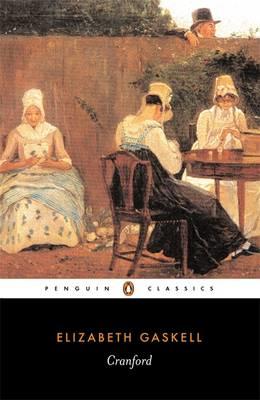 From the author of North and South and Mary Barton, Elizabeth Gaskell's Cranford is a standalone publication of Elizabeth Gaskell's best-known work, with a critical introduction by Patricia Ingham in Penguin Classics.
Cranford depicts the lives and preoccupations of the inhabitants of a small village - their petty snobberies, appetite for gossip, and loyal support for each other in times of need This is a community that runs on cooperation and gossip, at the very heart of which are the daughters of the former rector: Miss Deborah Jenkyns and her sister Miss Matty, But domestic peace is constantly threatened in the form of financial disaster, imagined burglaries, tragic accidents, and the reapparance of long-lost relatives. to Lady Glenmire, who shocks everyone by marrying the doctor. When men do appear, such as 'modern' Captain Brown or Matty's suitor from the past, they bring disruption and excitement to the everyday life of Cranford.
In her introduction, Patricia Ingham places the novel in its literary and historical context, and discusses the theme of female friendship and Gaskell's narrative technique. This edition also contains an account of Gaskell's childhood in Knutsford, on which Cranford is based, appendices on fashion and domestic duties supplemented by illustrations, a chronology of Gaskell's life and works, suggestions for further reading, and explanatory notes.
Elizabeth Gaskell (1810-65) was born in London, but grew up in the north of England in the village of Knutsford. In 1832 she married the Reverend William Gaskell and had four daughters, and one son who died in infancy. Her first novel, Mary Barton, was published in 1848, winning the attention of Charles Dickens, and most of her later work was published in his journals. She was also a lifelong friend of Charlotte Bronte, whose biography she wrote.
If you enjoyed Cranford, you may like Jane Austen's Mansfield Park, also available in Penguin Classics.