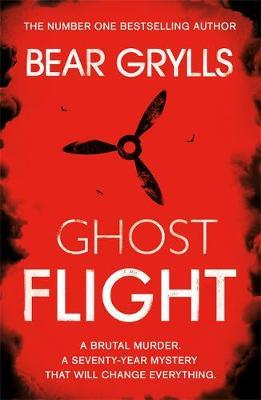 'Unputdownable!' Sir Ranulph Fiennes
* * * * * * * * * * * * * * * *
A murder. A mystery that will change everything.Will Jaeger's family are gone, and they're not coming back.
But there's one thing he can fix. His best friend has been found dead, and he's going to catch the monsters that killed him.
To do it, Jaeger assembles an expert team of ex-SAS soldiers. They must head deep into the Amazon rainforest. It seems his friend was on the trail of an old Nazi bomber.
And someone definitely wants it kept secret. As things go wrong, and Jaeger closes the net on his friend's killer, he comes to realise one thing.
Everything is connected. And, for one man, the War never ended . . .
A modern, edge-of-your-seat thriller, shrouded in the shadows cast by Nazi Germany. Great for fans of Gregg Hurwitz, James Swallow, and I Am Pilgrim.
* * * * * * *
What readers are saying about BEAR GRYLLS: GHOST FLIGHT:'A gripping thriller set in the darkest of days', Jonathan Ross
'Men don't come much tougher than daredevil climber and adventurer, Bear Grylls', SUN
'A great adventure, superbly written!' Amazon reviewer, 5 stars
'If you want a page-turning, action packed adventure story with hints of WWII then look no further', Amazon reviewer, 5 stars
'Will resonate with fans of classic spy thrillers', MAIL ON SUNDAY
'I loved it from beginning to end, and I can't wait to read what happens next', Goodreads reviewer, 5 stars
'Once I finished this one I went straight back & got the next in the Will Jaeger series!', Amazon reviewer, 5 stars