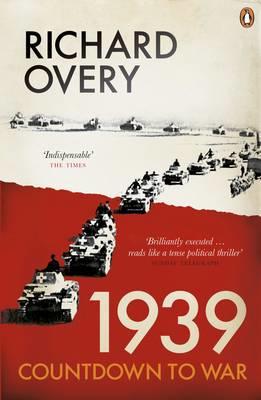 'A gripping analysis of the final days of peace ... indispensable' M. R. D. Foot, The Times
Richard Overy's 1939: Countdown to War re-creates hour-by-hour the last desperate attempts to salvage peace before the outbreak of World War Two.
24 August 1939: The fate of the world is hanging in the balance. Hitler has ambitions to invade Poland and hopes Stalin will now help him. The West must try to stop him. Nothing was predictable or inevitable. The West hoped that Hitler would see sense if they stood firm. Hitler was convinced the West would back down. And both sides acted knowing that they risked being plunged into a war that might spell the end the end of European civilization.